The Simple Logger II Model AL834 is a 4-channel AC current data logger with four integral flexible current sensors. Each sensor is 24 inches long and capable of wrapping around an 8-inch conductor. The AL834 has two measurement ranges of up to 300 and 3000 Amps. Both the data logger housing and the current sensors are water-resistant rated to IP 65. A selection of data storage modes, as well as data sampling rates, is user programmable through the DataView application software provided. Up to 1,000,000 measurements can be stored in internal non-volatile memory. 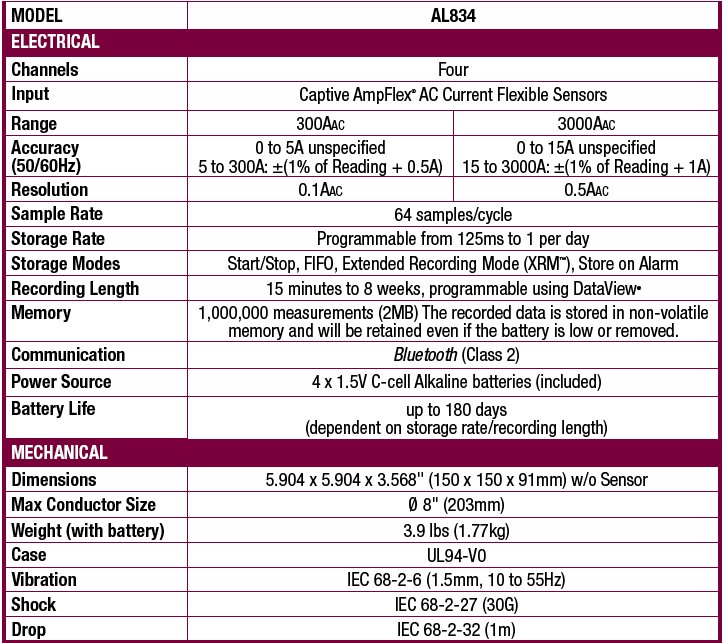